Genetically modified foods are foods derived from genetically modified organisms (GMO). The term GM foods or GMO’s commonly refer to crop plants, bacteria or animals created for human or animal consumption where the organism’s genetic material or DNA has been altered in a way that does not occur naturally. This is done by introducing specific changes to their DNA using genetic engineering techniques. These techniques are often called “modern biotechnology”, “gene technology”, “recombinant DNA technology” or “genetic engineering”. It allows selected individual genes to be transferred from one organism into another, also between non-related species. Other terms referring to genetically modified foods include “genetically engineered,” or “transgenic.” 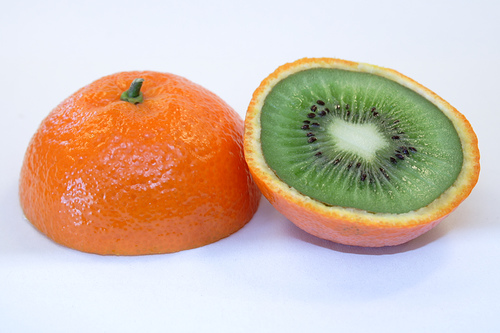 GM plants and animals have been modified in a laboratory to enhance desired traits such as increased resistance to herbicides, improved nutritional content or higher meat content. Geneticists can for example, isolate a gene responsible for drought tolerance and insert that gene into a different plant or genes can be taken from unrelated species such as viruses or bacteria and inserted into food crops.

Commercial sale of genetically modified foods began in 1994. GM products available include medicines, vaccines, foods, ingredients, feeds, and fibers. The major GM crops grown world-wide are maize, soybean, canola and cotton. All of these contain genes that make them resistant to either insect pests, or tolerant to chemical herbicides, some newer GM crops now contain more than one inserted gene, and are both insect resistant and herbicide tolerant, this is known as ‘gene-stacking’.

What does this mean for us? When consumed GM products effect our genes and try to start producing these poisons, mutating our own genetic sequencing. To say this isn’t scary would be a lie. Its utterly frightening. Within 6 generations of being fed GM livestock, pigs for example started producing extra limbs, whilst it took a lot quicker for rats to become quickly riddled with cancer. This is why its so very important to read labels and as far as possible keep GM products away from children as far as possible.

For more great articles and tips, please subscribe to receive our latest articles or join our new Facebook group. Got a childcare related question? Drop us a line at sitters (@) sitters4u.co.za or visit our website: www.sitters4u.co.za

14 thoughts on “What are Genetically Modified Foods?”

Have your say Cancel reply

This site uses Akismet to reduce spam. Learn how your comment data is processed.